The celebrant enters the House of the Earth, clad in darkness…there being no above nor below.  For this is the “below”, and the fragrance of the outside world is but a dream.  The slumber of the night wraps itself around all creatures, and yet there is a stirring in that infernal house called Hades.  The Titans are ever restless, and the heroic Gods have lost their footing on the throat of time.  Enter the brave…the foolhardy, even, for there is always a place for the stout of heart and valiant of purpose.  We, the Gods, are waiting for her or him.

Now the Hearth contains nothing but embers…a spark here, a wisp of smoke there.  Incense still hangs above you, there in the blue-black veil that billows and gestures…come…come….

The Goddess Vesta stands ready to receive your homage.  Pale, white-clad, radiant and eternally vigilant, She is the Mother of Roma, which has ceased to be an empire and yet rises from its own ashes in service to the immortal Gods.  Vesta and Cybele Magna Mater remove the dust from your feet, and above their heads they offer up a single blue flame, an infant of what it once was.

These are the words of Cybele Magna Mater:  Creeping round doth time prevail, striking through his mortal shell.  Though flesh is rosy, dons Apollo’s fire, still doth flesh light its funeral pyre.  A flame once good becomes the object of power, seeking hungrily the last and final hour. When men rule blue and green from ambition, not even the grave shall remedy his condition.  O Gods You shall then turn away, when many become one, night scorches as day.  The sun shall consume what greed man hath carried, and Hades we fear shall his prize be married!

These are the words of Mother Vesta:  Still your hearts, you men of the sunlit world, for Cybele speaks only of what may be, not what shall be.  Even the Gods cannot predict the precise order of the Stars that have yet to be born, and as it has happened in the past, my Sacred Fire may yet come into the hands of wiser souls…though ignorance be rife and the sanctity of the Temples no longer honored.

Though the Fire of Vesta itself has been extinguished, there are embers in the Ether, spread out like fireflies on a Summer breeze…difficult to hold onto, and yet not impossible to see.  If but one hand takes up the Vows of the Vestals, and rekindles the holy embers, then the Gods shall turn their faces once more toward humankind, and what was once dead shall be brought back to life.

It is fear and doubt that destroys purity, not desire.  For desire is holy when it seeks to serve without being requited.  Discover a sliver of devotion in your heart, tend to it night and day, and let that desire burst into the flame of love.  Love, you are the boon of a starving man, alone and facing his own annihilation.  Only when a man has lost the seed of love has he earned his doom and assured that the house of Hades will continue.

The Fire of Vesta grows in you, O blessed of the Goddess, to whom is given the embers of Truth.  Even as Romulus and Remus were suckled by the great She-Wolf, so too does a single ember erupt into a fire…and even a small fire may lay low an empire!  Let your fire be love for its own sake, and devotion be your shield against laziness.  For it is laziness that breeds false contentment, and false contentment that gives way to decay.

May the Fire of Vesta surround your heart and make impenetrable your will!  May an eagle perch on your right hand, forging of it a faith that plants a tree in the bosom of the desert.  Do not linger in the darkness of despair or fall prey to self-pity.  I place upon your shoulders the mantle of Minerva, Who softens wounds and imparts magical potency!

The Mantle of Minerva cuts through the darkness and shows the veil for what it is, an illusion of separation caused by the birth of beings into a mortal skin.  The sword of Minerva alone cuts through the veil, which, when whole, gives the appearance of death and mortality…humanity apart from its Divine parentage.  This is all folly, of course, for the Gods gave birth to humankind from their own skins, even as the Titans fell from the loins of Gaia.  Gaia is the Mother of the Gods, and She is called the Forerunner of Heaven, for even Heaven erupted from Her parted thighs!

Do you, celebrant of the Gods, desire to come back into the ranks of the Immortals?  It is in one’s heart and determination that one discovers the secret of Immortality, which is that there is no death and the veil does not exist.  There is no separation between the Earth and Sky, between the Heavenly Gods and the Earthly Titans…and there is no passing away of the Sacred Fire from which all life came forth.  To see that one is truly composed of Spirit is to recognize that the veil of death, separation, mortality and the mundane does not exist, and cannot contain the miracle of the Soul.

Above the head of the celebrant appears the most radiant, starlit flame…a piece of the heavenly vault, which shines a pure violet light, casting a nimbus of solitude in its wake.  The Goddesses Vesta, Cybele and Minerva, clad in white, purple and gold, link arms and bestow the boons of Truth, Virtue and Wisdom to the heart of the celebrant.  Filled with peace and a hope for renewal, the celebrant speaks:

Hail Vesta, crowned with the olive leaf, hallowed of heart and gentle of will!  I grant unto you the offering of virtue, which pleases the Gods and brings peace to the nations of the world!

O blessed Cybele, O Magna Mater, clad in the wisdom of the ages, Whose children are the fruits of the Earth, Whose beauty outshines the noble sun!  I bring you the abundance of a generous heart, seeking only to give, and never to take without gratitude.  May the deeds of my body bring forth pleasure.  May my desire embrace all and shun no one!  For the gifts which You have given are the abilities of the heart, which knows joy and love, not only sorrow and anger.

O mighty Minerva, the victorious, the noble, the richly arrayed and sweet of speech!  Grant unto me a wise heart, that I might know the virtues of a sacred life overflowing with Truth.  May I know the Gods.  May I pass beyond a mortal form and gain the victory of Heaven.  May the deeds I leave behind uplift the Earth and enhance the creatures of the World.  For You are the guardian of all the sacred places, which draw the Earth and Heavens together, and mortal flesh into its Spirit!

Now we may depart the dark house called Hades, and enter into the House of the Vestals, which at night seems as a dream, and yet manifests anew with the rising of the golden sun in the east.  The Fire of Vesta is kindred to a heart filled with charity and virtue…a heart that embraces a path of clarity, unobstructed by ambition or mere worship of the worldly.

The promise of the Goddesses is that their children may in time overcome the solidity of the veil, which seems to stand against a knowledge of divinity and a clear perception of Spirit.  But the veil is only illusion, while a child clings desperately onto the fabric of a physical life.  Life without the inner Truth of the Muses is dry, and eventually collapses into the grave.  It is Spirit that survives, overcomes, and manifests its innate Divine purpose. 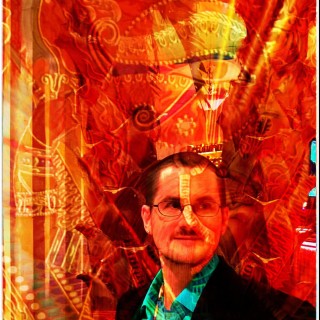